A Piece of Heaven Above The Heat 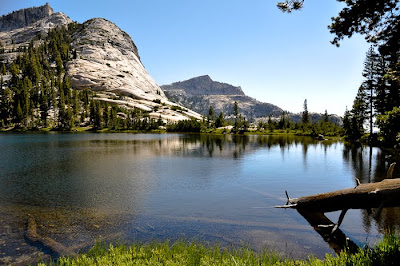 Yosemite National Park -- Los Angeles is experiencing a heat wave this week. Palm Springs was 115f degrees while suburbs in LA was a cool 107. What better way to beat the heat than to rise above the traffic, the concrete and menagerie of people and just be...?

At the bottom of the trail leading to Cathedral Lake is a sign with the words of John Muir after visiting this area in 1869, "This I may say is the first time I have been at church in California." 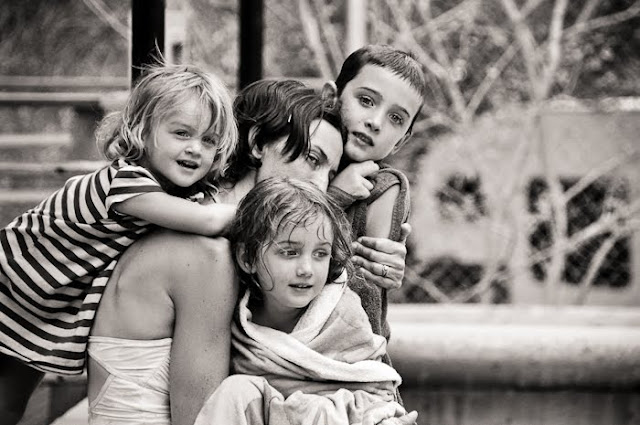 The love of Mother...

Posted by Unknown at 6:00 AM 5 comments
Labels: kids, mother, swim 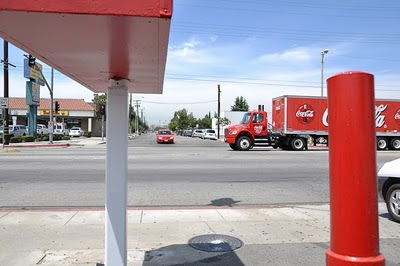 Azusa -- Some say that the city of Azusa has everything from "A to Z in the USA..." Today all I saw was red.

Posted by Unknown at 6:00 AM 2 comments
Labels: azusa, red 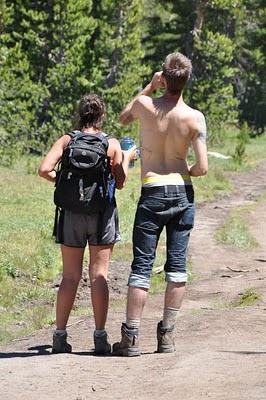 It's not often that I "steal" a shot. I didn't have time to engage the person and ask, plus I was on a mission to get to the top. Hiking in skinny jeans must be miserable, especially during a heat wave. 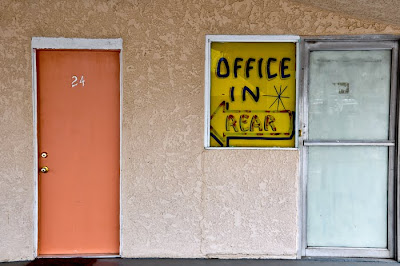 There is a romance about sketchy motels. Route 66 has many a vintage motor hotel. If only there was more time.

Poseidon Turns in it's Grave 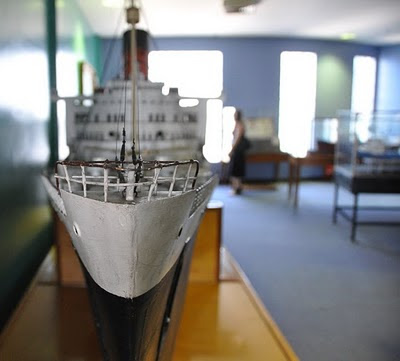 Los Angeles -- In 1972, a film trailer came on TV, advertising The Poseidon Adventure. I was 11-years old and had never seen a "PG" movie. My folk's asked if I be interested. Dumb question! This would be my first "Parental Guidance" film.

The Hastings Theater in Pasadena is empty now, but I will never forget the thrill of the curtain opening to one of the biggest screens of it's time and watching in horror as the ship was toppled by a rouge wave and capsized. I was not disappointed with the film but mourned the loss of such a great ship.

Well, I found it! The ship is stored on display at the Los Angeles Maritime Museum. It is a replica of the Queen Mary and was built as a model for the film, The Poseidon Adventure. 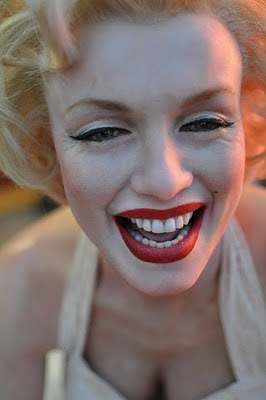 "I want to grow old without facelifts. I want to have the courage to be loyal to the face I have made." --Marilyn Monroe

Of course, the Princess of Hollywood was not only famous for her little quips, but for being an actress, singer and model. In her time, Marilyn was Hollywood. So why not feature Norma Jean on the date of her tragic death on August 5, 1962.

This photo of Marilyn was taken near the famous, Grauman's Chinese Theatre. It is a life-like statue facing Hollywood Boulevard, positioned for tourist to have their photo taken with a star. I was amazed at how real she looked. Yet then again, isn't most of "Hollywood" a big charade?

Amber and I had a "date night" and decided to head out to Hollywood for diner and a walk down Hollywood Boulevard. The street was buzzing with excitement from tourists from all over the world. No stars to be found except on the Hollywood Walk of Fame. For a few bucks, you can take a tour and really get to know Tinseltown as shown below (www.ehollywoodtours.com). 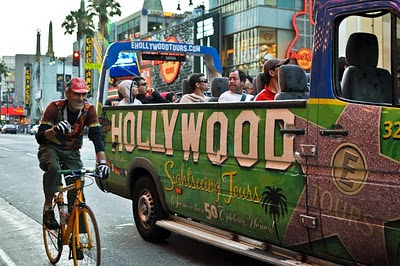