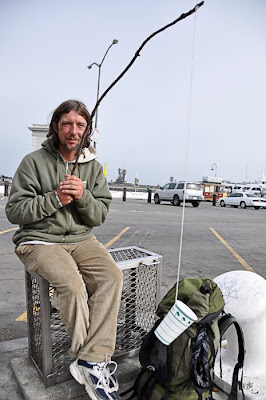 San Fransisco, Calif. -- Fisherman's Wharf is a popular destination tourist trap. "Trap" because vendors, shops and restaurants tempt you from every corner, and it's hard to say "no." This guy is working the theme of "Fisherman's...." I normally don't give to lazy people trying to extract money from others (unlike those who are truly down and out), regardless of how clever their pitch is or their sign reads.

This time, my reward for him is that I would make world famous. He said, "Fair enough, brother."

Posted by Unknown at 6:00 AM 4 comments
Labels: homeless, san fransisco 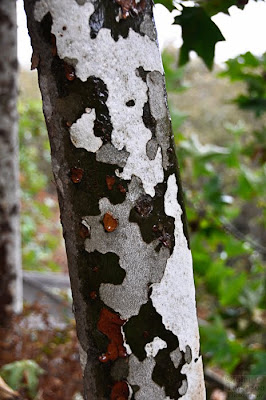 Posted by Unknown at 6:00 AM 3 comments
Labels: camouflage, tree 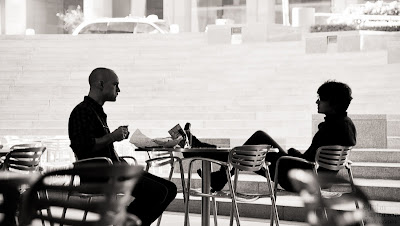 Los Angeles -- Bright, sunny days make lunch time in LA worth experiencing outside. Who can complain about 75-degrees F?

Anita and the Yanks 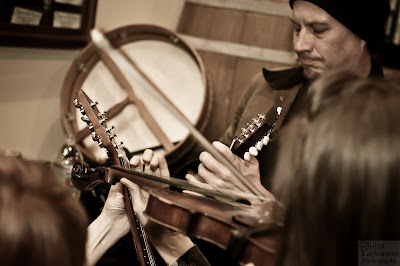 Pasadena, Calif. -- If you like Irish music, especially with a sweet and sometimes edgy flair, you should come out to Novel Cafe in Pasadena, every other Friday night to experience Anita and the Yanks. 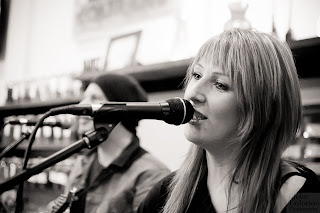 Not only is the band entertaining, filling your ears with a gentle hit of Celtic rock is a little different; plus the dinners are tasty with a well-rounded menu of desserts and drink. 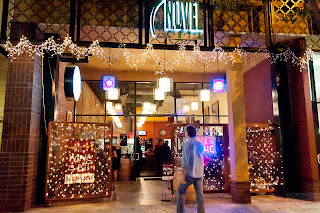 The mix of bookstore ambiance, acoustic instruments and good food helps round out the end of your hard-working week.

Posted by Unknown at 6:00 AM 0 comments
Labels: anita and the yanks, novel cafe, old pasadena 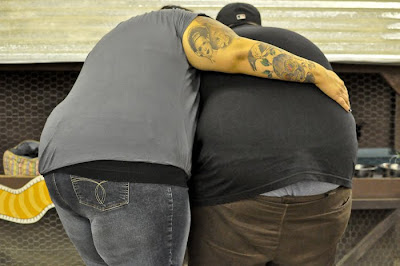 Posted by Unknown at 6:00 AM 3 comments
Labels: love 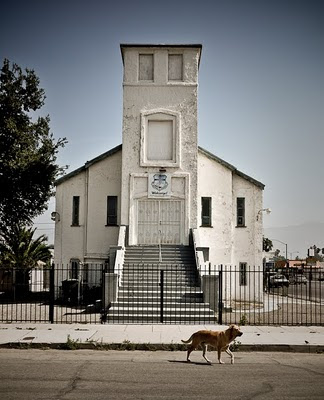 Posted by Unknown at 6:00 AM 1 comments
Labels: church, dog 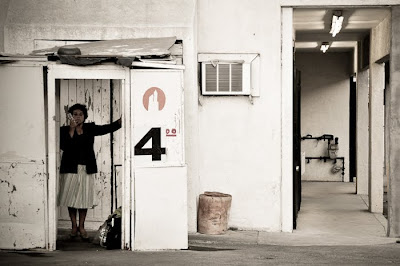 Los Angeles -- A slow afternoon in a vacant parking lot, the attendant stays busy taking on her phone. The photo was taken on a Sunday, which may be why the price is so low in Los Angeles. 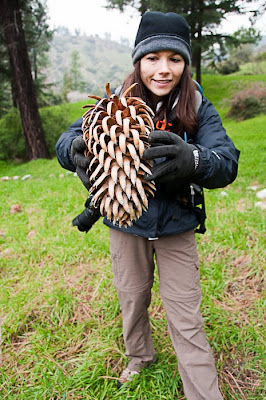 The trail head begins in Pasadena, my home town. A short yet steep hike ends at a place called Henninger Flats. 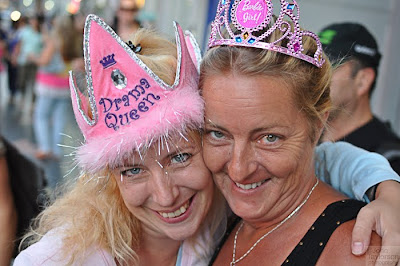 I found these two during a recent walk on Hollywood Blvd. They were giddy and glossy-eyed at the reality of experiencing "Tinseltown" in person. Although, the only stars we saw that night were firmly embedded in the sidewalk. 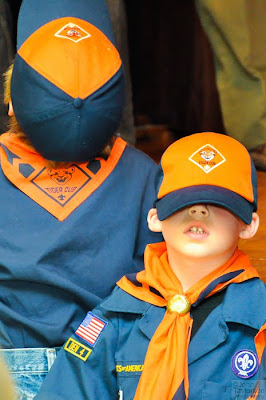 When I was eight years old, I had the attention span of squirrel. In fact, I was often called a squirrel, even through high school. Today "experts" call it Attention Deficit Disorder. Back in the 60s they called it being a boy. Most of my friends were the same way, especially in Scouts.

I too was a Cub Scout and remember nights at den meetings, Saturday outings with the dads, and the occasional awards ceremony where we were pinned with metals for boiling water, good manners, hiking, etc.

Today they have badges for Disability Awareness, Computers, and yes, Photography. I think I would excel at some of today's awards, despite the fact I am still an (old) squirrel. 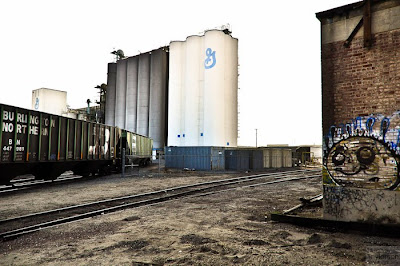 Vernon is an industrial section of Los Angeles. I spend a fair amount of time here for work, as I have a few customers I call on in this part of town. I took this photo while crossing railroad tracks. It was late in the day and I thought the light was especially attractive, much like this scene. I love grit. 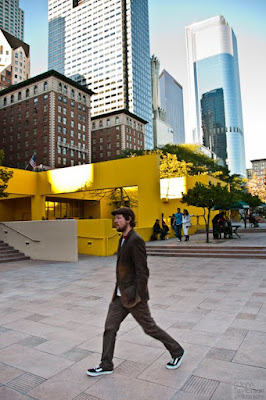 One way I like to relax is take the Gold Line from Pasadena into LA with a friend and do a mini photo safari. Los Angeles is so diverse, it has millions of subjects waiting to be shot.... Today, it was as if I were walking around with a gun slung over my shoulder.

I won't mention the location but my buddy and I were shooting photographs and were approached by security in plain clothes. He told us what we can and cannot not photograph.

We were technically on public property and I know my rights as a photographer in United States of America--I even carry an copy of the Photographer's Right in my bag, which I've used to show ignorant security officers.

Technically, this photo is legal, but according to the "rent-a-cop," it is a violation. The gentleman told us while pointing above, "These buildings cannot be photographed or be in any photograph you take." Apparently, the property managers don't want their buildings photographed in fear we may want to take them down.

Rather than argue with the person, I smiled and continued shooting people--buildings or no buildings in the background. We were followed by another security guard for a few minutes until the guard overheard us talking about our rights. Once said, and heard, he turned around and went away.

Did you know that by law anyone can take a video or photo of the TSA at an airport, as long as they are not impeding with their job? And we were simply taking pictures of buildings. 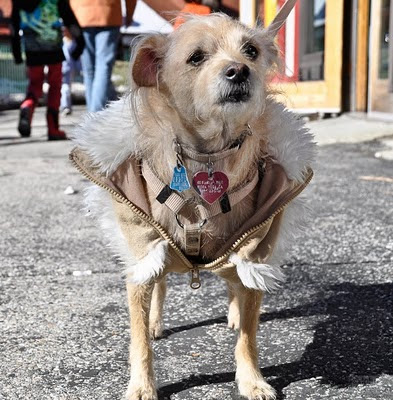 Posted by Unknown at 6:00 AM 7 comments
Labels: dogs, los angeles 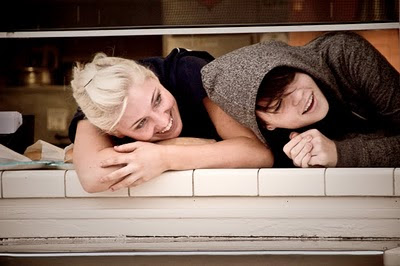 Girls break from diner duty at Heasley Field during a little league game.

Posted by Unknown at 6:00 AM 3 comments
Labels: baseball, sierra madra 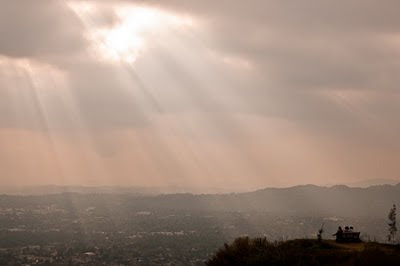 Pasadena, Calif. -- Three hikers taking a break on the side of the Old Toll Road to Mt. Wilson, just below Henninger Flats. 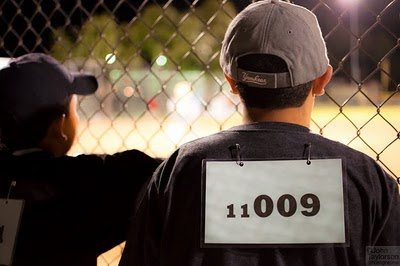 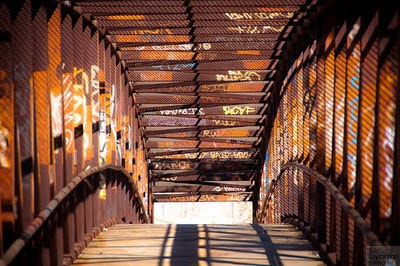 In no way a fan of graffiti, sometimes a public blight can be amusing, as with this steel foot bridge.

Posted by Unknown at 6:00 AM 1 comments
Labels: art, bridge, graffiti 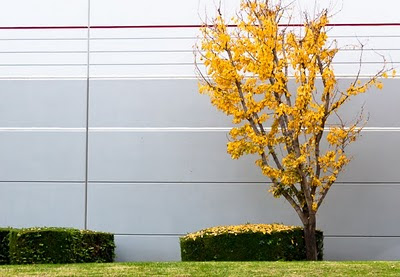 Ontario, CA -- The last remnants of Autumn against a commercial building near LA. 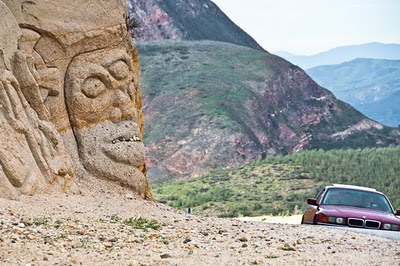 Moorpark, Calif. -- Ominous rock sculls, dragons and tikis keep watch of speeding trucks and commuters passing through Grimes Canyon Road, north of Los Angeles. Driving across the two-lane, one cannot miss the sculptures carved into the side the of the mountain. 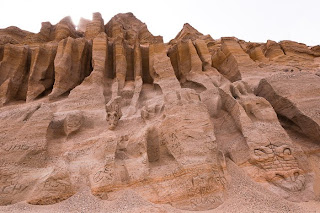 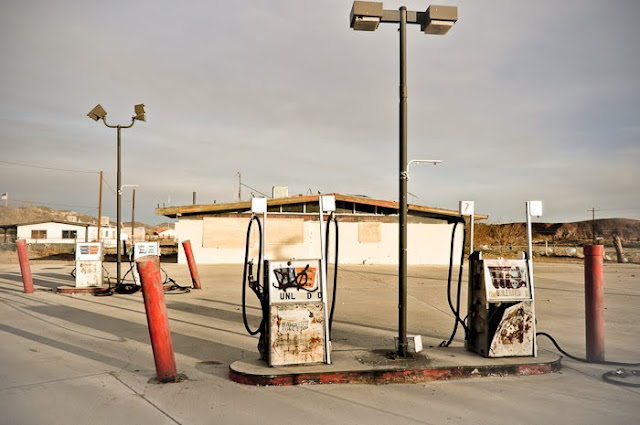 Barstow, CA -- Barstow is one of the great gateways into California's Mojave Desert. The town is sprinkled with gems like this old gas station. 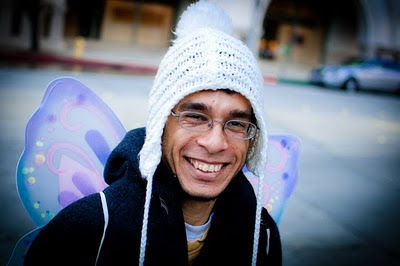 Pasadena, CA -- During a recent photo shoot, a friend of the model willingly wore one of the props as I popped off a few shots.

L.A. Perks Pass at The Huntington 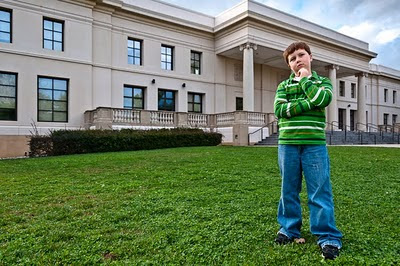 San Marino, Calif. -- So, you are wondering what the connection is between LA Perks Pass and the Huntington Library...?

For those living in or near Los Angeles, and are looking for places to go and things to do, check out L.A. Perks Pass. Buy a L.A. Perks Pass and receive anywhere from a 15% to 50% discount on restaurants, attracts, museums and stores around LA. My family frequents our local Maria's Italian Kitchen and have saved over $30 off our meals! We also regularly go to The Huntington Library and Gardens and save money with the Pass. It's easy to use, plus gives our family ideas of where to go.

What's in it for me? Nothing; I'm am just passing on a good LA-related idea!

Posted by Unknown at 6:00 AM 2 comments
Labels: huntington libray and gardens, LA Perks Pass, things to do 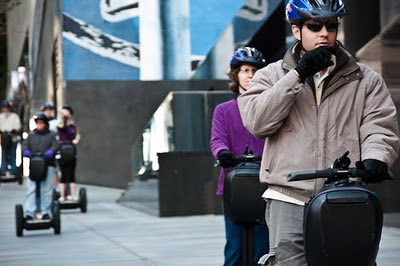 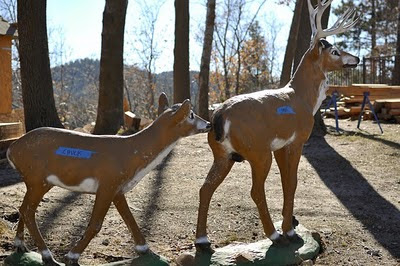 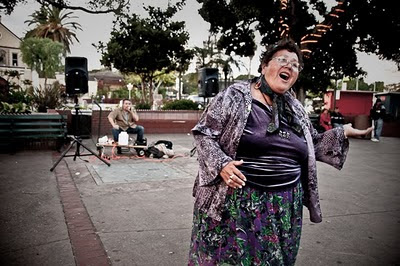 Olvera Street, Los Angeles -- One could here the music blasting for blocks. A man in his chair and a microphone sings Mexican ballads as a woman bystander lip-syncs and dances to his music.

Waiting For The Bus 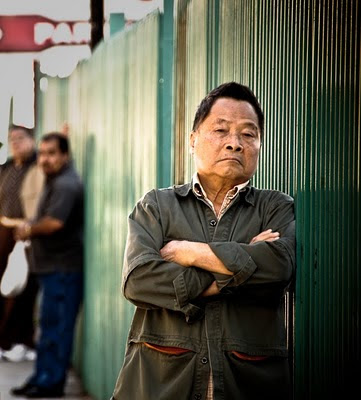 Los Angeles -- Despite an attempt to talk with the man, he continued to look straight ahead and ignore the lens.

Posted by Unknown at 6:00 AM 4 comments
Labels: los angeles 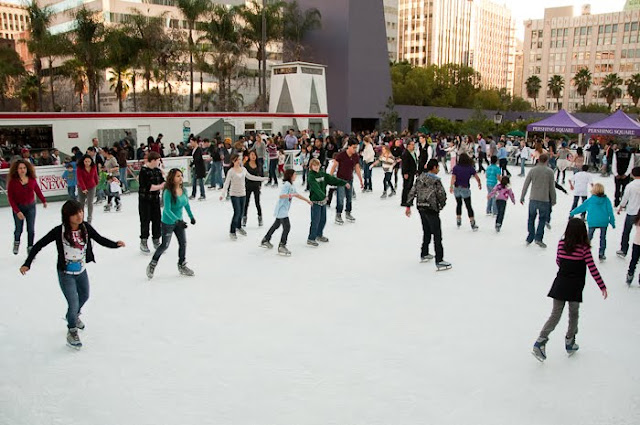 Los Angeles -- Rounding off the holiday season with a skate around LA's Pershing Square.