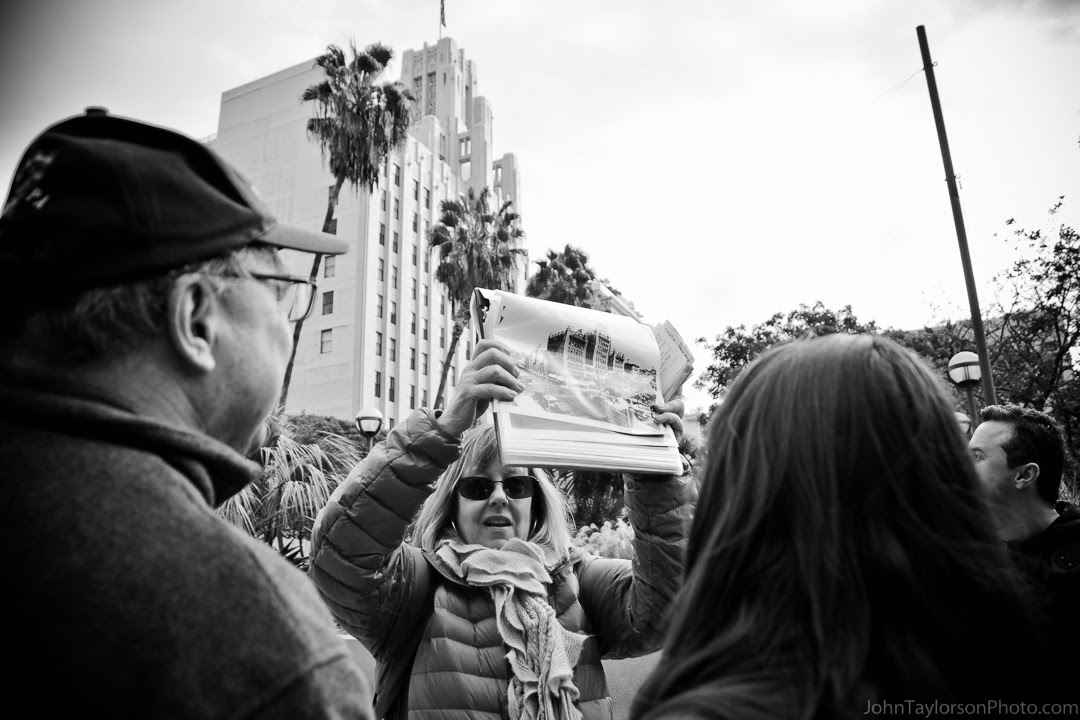 Downtown Los Angeles -- When I think of Broadway, I think New York and the Broadway shows. But LA has it's own Broadway. At one time, it was the entertainment hub of Los Angeles. Vaudeville, silent movies and eventually the "talkies," Broadway was home to more than ten movie houses built between 1910 and 1931.

A few weeks back, a few of us signed up for the Broadway Historic Theatre and Commercial District Walking Tour through the Los Angeles Conservancy.

For $10, the two-hour-plus tour took us down Broadway where we explored breath-taking architecture, saw hidden treasures most never see and even took in some scandalous, Hollywood gossip from the 1920s; it was worth every dime.

Ann Hobbs (pictured above) was our fun and informative docent. She lead a group of about ten people in an exploration of LA's rich history on Broadway. We were even joined by English actor, Simon Jones of Monte Python and The Hitchhiker's Guide to the Galaxy fame.

Since this is a historical post, I decided to display the out of doors shots in black and white. But once inside some of the theaters, I made the decision to use full color. You will understand once you see what's inside. I also included a few street photo shots just for fun. Click here and enjoy... 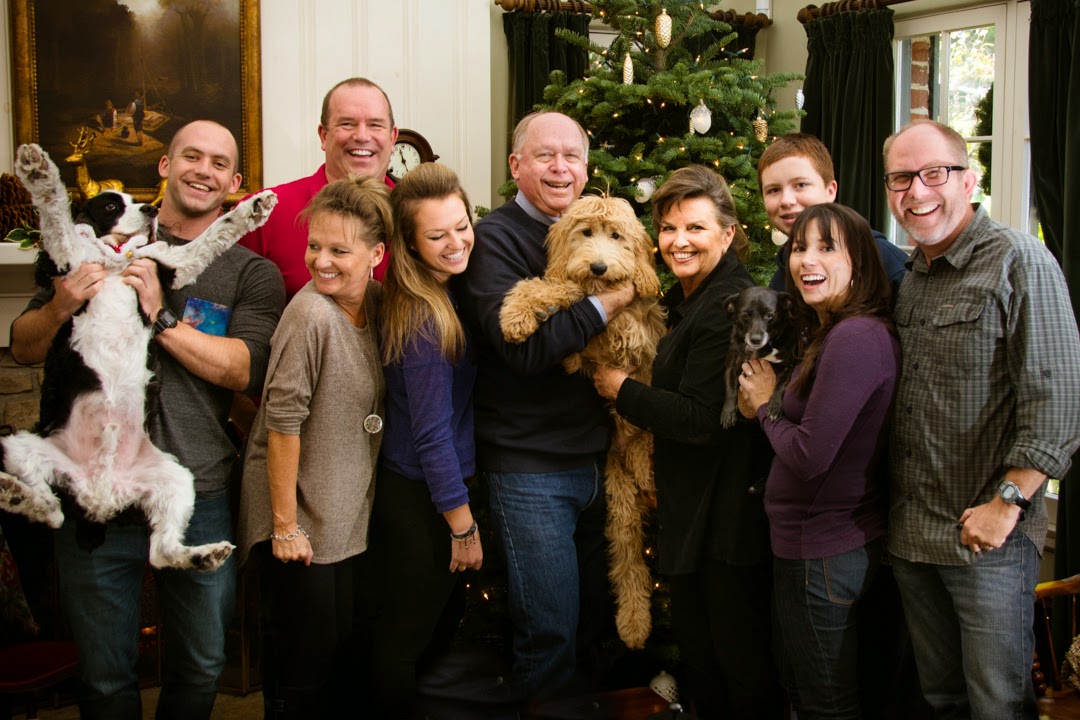 Pasadena, CA -- We are family.