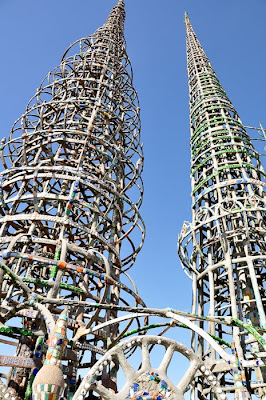 Los Angeles icons change throughout the decades. In the 60s, LA was known for its City Hall, Dodger Stadium, and Watts Towers.

As a kid, I had a View-Master with a disk of seven popular Western destinations. Las Vegas being one with that historic sign reading, "Welcome to Fabulous Las Vegas," and LA with a stereoscopic photo of the Watts Towers seemingly stretching to the heavens.

Forty-something years is a long time to finally visit the historic landmark. I followed the well-marked signs through South Central LA, across the Metro Blue Line tracks and into a neighborhood of weathered homes with chain link fences and power lines with multiple pair of shoes hanging from the wires. I looked up through my windshield hoping to find one the towers guiding my way, much like the Eiffel does in Paris. One block to go and there they were.

The Watts Towers were built between 1921 and 1954 by an Italian immigrant by the name of Sam Rodia. Over the course of 33 years, he build, by hand, 17 structures, the tallest reaching nearly 100 feet high (30 meters). The towers are made of fragments of bottles, plates, pottery, tiles--anything Sam could find. The Watts Towers are another example of vernacular architecture made popular in the early to mid 20th century. 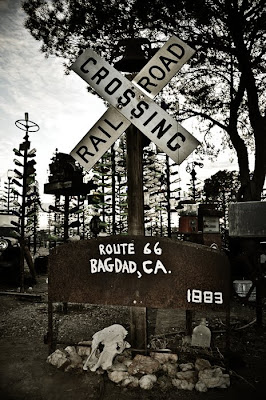 Bagdad, CA -- Another California desert Route 66 ghost town best known for its name rather than its destination. Bagdad is also known for holding the record for the longest dry streak in the United States: 767 days without rain from 1912 to 1914. Something to be proud of....

This location was also featured on Daily Photo LA in December of 2009 with the Bottletree Man; a desert-dweller living out his artistic dreams amidst a forest of glass bottles, roadside junk and rusted, antique treasures. Welcome to the gateway to LA. 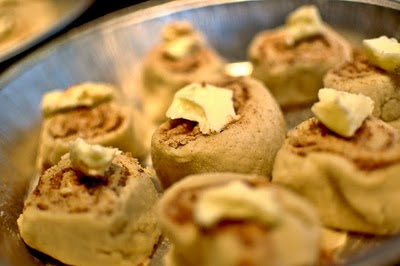 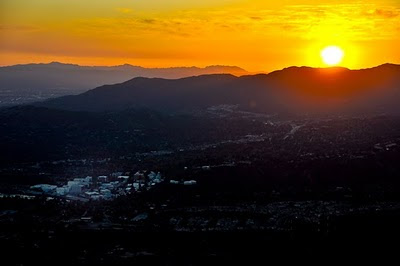 Pasadena, CA -- Tucked in the foothills of Pasadena* exists a small village of structures, laboratories and offices called Jet Propulsion Laboratory (JPL). It is here, in the shadow of the San Gabriel Mountains that scientists and engineers explore outer space by constructing and controlling robotic planetary spacecraft. JPL also assists Hollywood writers and motion picture production experts by advising them with scientific accuracy.

*Although the address is Pasadena, the JPL campus is actually located in La Canada/Flintridge 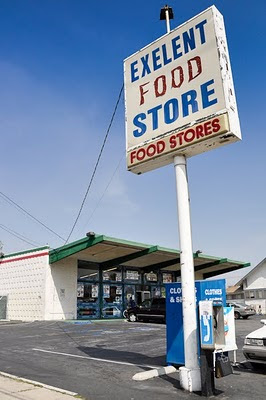 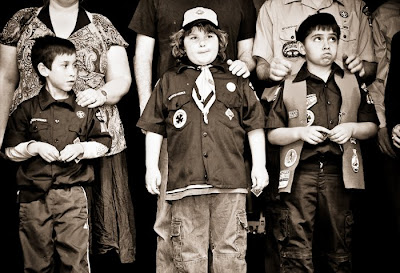 Los Angeles, CA -- Norman Rockwell had a knack for drawing attention to human idiosyncrasies. Norman drew national appeal mainly because he illustrated in his paintings what many of us see in the typical American child and adult. He took a smirk, a gesture or an event and recreated it in a more endearing, animated style.

Mr. Rockwell paid particular attention to the Boy Scouts of America and was able to capture the true assents of scouting with his works in Boys' Life Magazine as well as illustrations in more than 40 books including Tom Sawyer and Huck Finn.

This photo is not even close to Rockwell excellence, but the subject could very well inspire Norm to produce a winner for 2010. All that's needed is a frog, a willow stick fishin' pole and a slingshot hanging out of a pocket. 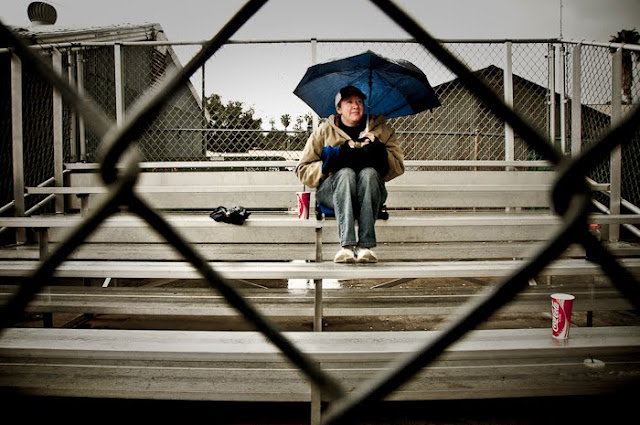 Sierra Madre, CA -- Another rainy day for little league but some decided to brave the storm despite the cold. 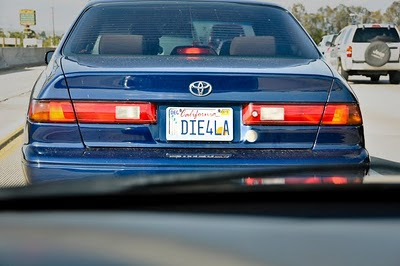 Los Angeles, CA -- Some are more benevolent toward their city than others. 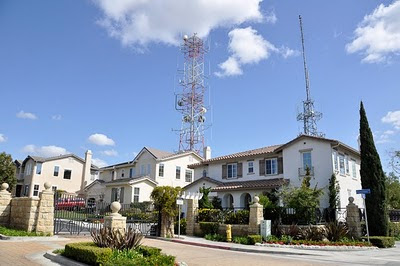 Signal Hill, CA -- As a high schooler in the 70s, Citizen Band radios were the craze. I had a CB radio with a towering antenna along side the house. Movies like Smoky and the Bandit, Convoy and Corvette Summer were only a few out of nearly a dozen flicks that featured CB radios with cool truck drivers sporting clever handles and talking in code.

Back then, my buddy Dean also had a CB and an even taller, more conspicuous antenna. Yep, we were the neighborhood geeks and proud of it!

The bulky CB radios eventually gave way to cell phones, Facebook and texting. However, as this photo suggests..., it appears that some adults never grow up; they continue to compete for the largest antenna in their back yard. Then again, the town they live in is called Signal Hill. 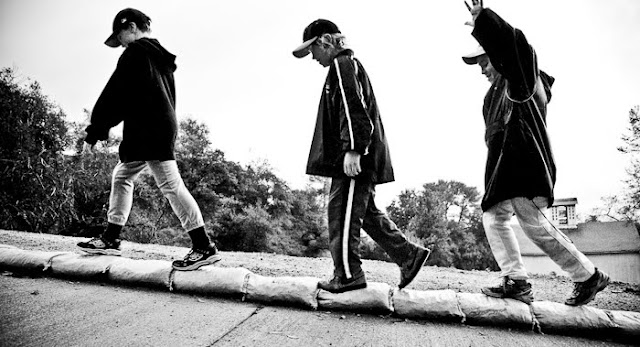 Sierra Madre, CA -- Sandbags line the streets of LA's foothill communities due to recent flash flooding and mud slides. Meanwhile, three boys take advantage of a break in the storm after their baseball game was rained out.